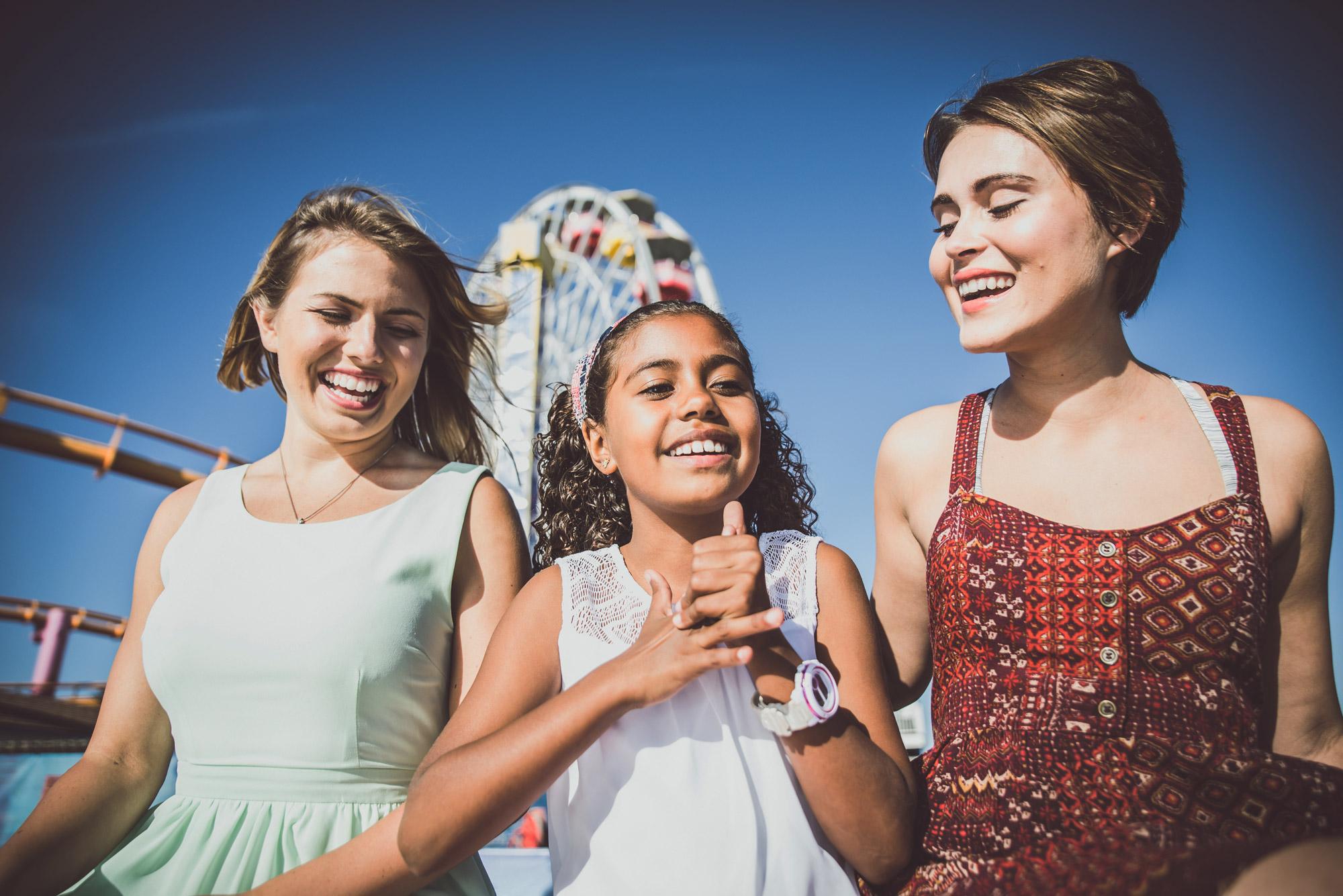 For Megan and Angie, starting a family was a little more complicated than for some couples.

We thought about all the alternatives - and explored some a little more than others - and although in the beginning I was keener than Angie to consider adoption that was the path we decided to follow.

One thing Angie says is that despite her initial reluctance, she can’t imagine if she had given birth to her own child, loving her any more than Lucy.

We went along to a nearby information event which was really helpful and informative. We were only same sex couple there, but that didn’t really surprise or concern us, or anyone else.

It took around 12 months from our initial approach to go through a completed assessment and get to panel approval. We had a really good social worker, who helped to clear up any doubts and answered all our questions. After we went to panel for approval our social worker took us for coffee and handed us a folder with some information on a potential adoption match so it all started coming together quite quickly.

But the profile of this child did seem really negative in comparison with others we had seen, describing lots of issues and stating that physical ability, for example, was ‘static’. It just seemed to focus on problems, but, undeterred, we asked for more information. Soon this arrived, with a short DVD of her - just playing and being herself - and we felt reassured. So on we went with the process!

Lucy was in placement with a foster carer she had lived with for nearly two years, and this meant of course there were issues of attachment. The introductions and move from the foster carers were really well managed and care was taken by all parties to ensure a smooth transition for Lucy.  We are still in touch with Alison, her foster carer now - and Lucy occasionally goes out for the day with her, which is lovely. We were offered some more training even after we adopted - the social worker arranged for this to help out with some of the issues we were supporting Lucy through at the time, behavioural problems as well as attachment issues, and this really helped.

What would I say to someone considering adoption? Well it all just seems so natural now - we just enjoy being a family, and doing those lovely family things we used to dream of…we have grown our own family traditions, we have our own special days. We don’t even really think of Lucy as our adopted child; she is just our daughter. But we know how important it is for Lucy that we talk about her birth family and the story of how she came to live with us.

It is important to make sure you have good support networks. We have brilliant friends who Lucy loves to stay with and they have such a lovely relationship with her.

Sometimes now I look at her and think of that profile, which said special schools and other interventions were being considered for her; she is doing so well at her school, with brilliant feedback in her reports. She has even been referred to as a ‘perfect student in many ways’ due to her wanting to learn, to do well, plus her contribution to the school community, and our wider community. In fact, as she has joined a group of young environmental campaigners. Angie and I are just so proud of her!