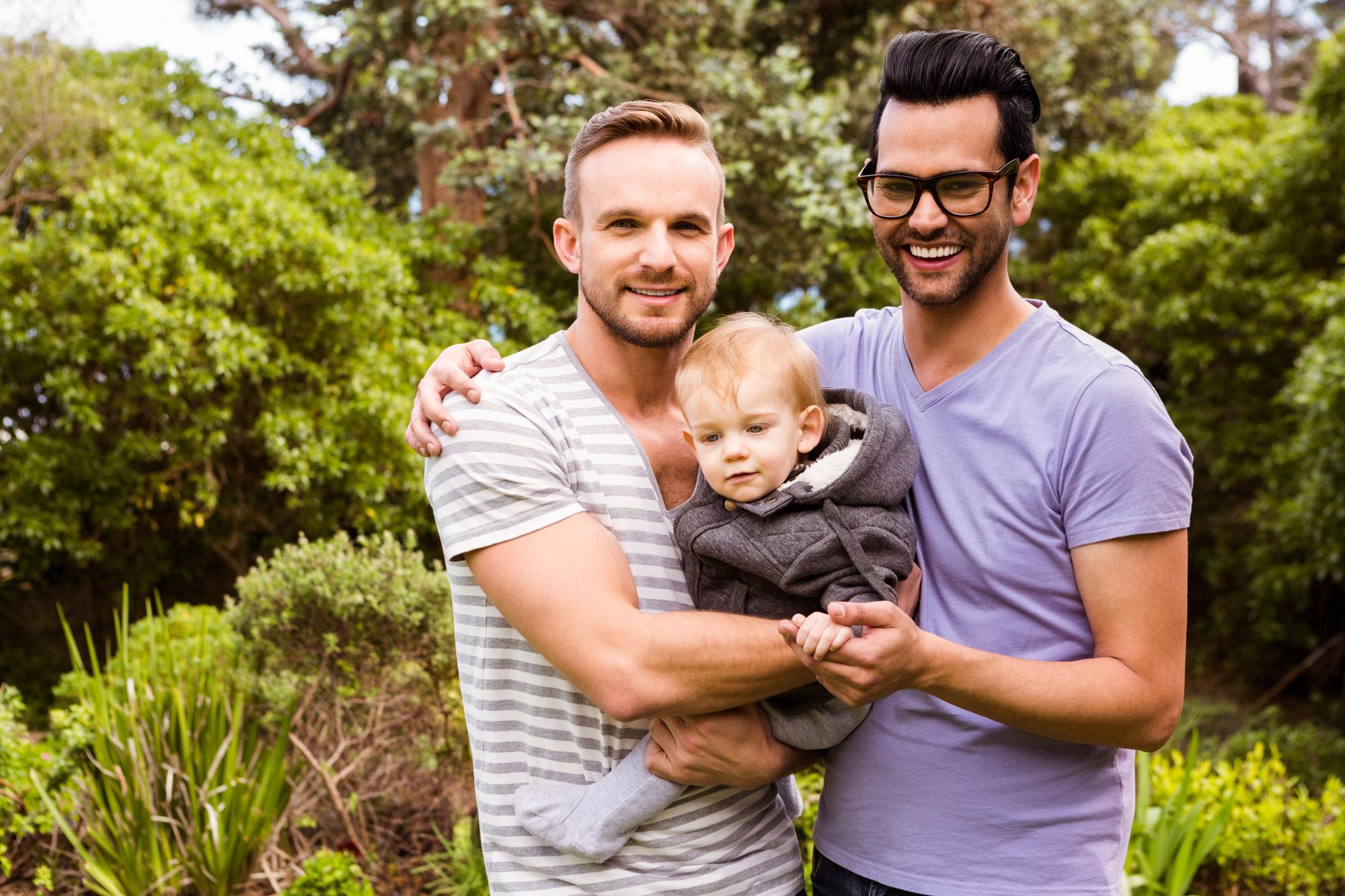 ‘We started talking about adoption with friends, family and work colleagues, and it became clear that many people had some knowledge of, or had their lives touched by adoption,’ says James. ‘So, armed with encouragement and reassurance, we began researching online to learn more about opportunities for adoption and the processes involved.’

‘Some talking round was definitely involved!’ says Matt. ‘James initially was a little wary of problems which might materialise over time, due to us being a gay couple. We are both very family oriented though so he was soon fully on board with us starting the process.

‘I made the initial phone call - the social worker I spoke to immediately put me at ease, she was friendly, knowledgeable and realistic. She seemed to understand what a huge thing this was for us, and shared our enthusiasm, clearly explaining the next steps, and inviting us to an information evening.’

‘We knew that the traditional route to adoption was available to us, but adopting via the Early Permanence Placement (EPP) scheme was always the direction that we wanted to follow,’ says James. ‘We wanted to adopt a baby or very young child, without a long wait to be matched. In this scheme you first foster and then go on to adopt, if this is what the court decides is in the best interests of the child.’

‘The information evening was really helpful because we met an adopter couple at the event who had gone through the EPP process. They shared their story, which was really valuable to us, and this gave us the confidence to ask questions during our own journey, which isn’t always an easy thing,’ says Matt.

‘The training provided gave a good grounding also and prepared us well. There was quite an emphasis on the type of issues a child may come with but James and I both felt strongly that we had enough love between us to manage a child who might come with some problems or baggage.

‘We’d heard stories about probing questions from adoption social workers, but we never felt uncomfortable or exposed,’ says Matt. ‘We were made to feel in control of the process; and so we felt really well supported. Prior to our adoption panel we were extremely nervous, we felt that our whole future was in the hands of strangers, but we met the chair of the panel before the meeting who immediately put us at ease. We were expecting a real grilling but found the experience encouraging...almost enjoyable, in fact!’

‘After approval there was a waiting period which we found frustrating at times. However after a few months we were contacted by our social worker and told about Lucas’s imminent birth; then things started to happen quite quickly,’ says James.

‘Lucas was just two weeks’ old when he came home with us from hospital, where he had experienced some minor withdrawal issues due to his birth mother’s drug use. We knew that during the process to decide on Lucas’s future, arrangements would be put in place for contact with his birth parents, and that this might be a difficult time. It was made a little easier with the knowledge that Lucas’s birth mother was accepting of his pending adoption, and that neither she nor his birth father contested the proceedings. Her lack of motivation to maintain contact during that time was, we think, reflective of this,’ says Matt.

‘So, we made it through with support from our families and friends: especially from our fantastic parents and sisters on both sides. Within a couple of months court hearings began, and around six months after that an adoption order was made - the final step for Lucas to officially become part of our family!

‘He has just had his first birthday. He is such a happy little boy and much loved by us all - grandparents, aunties and uncles, and friends - and of course, James and myself, as his parents! Would we adopt again? The answer is yes, over and over.’