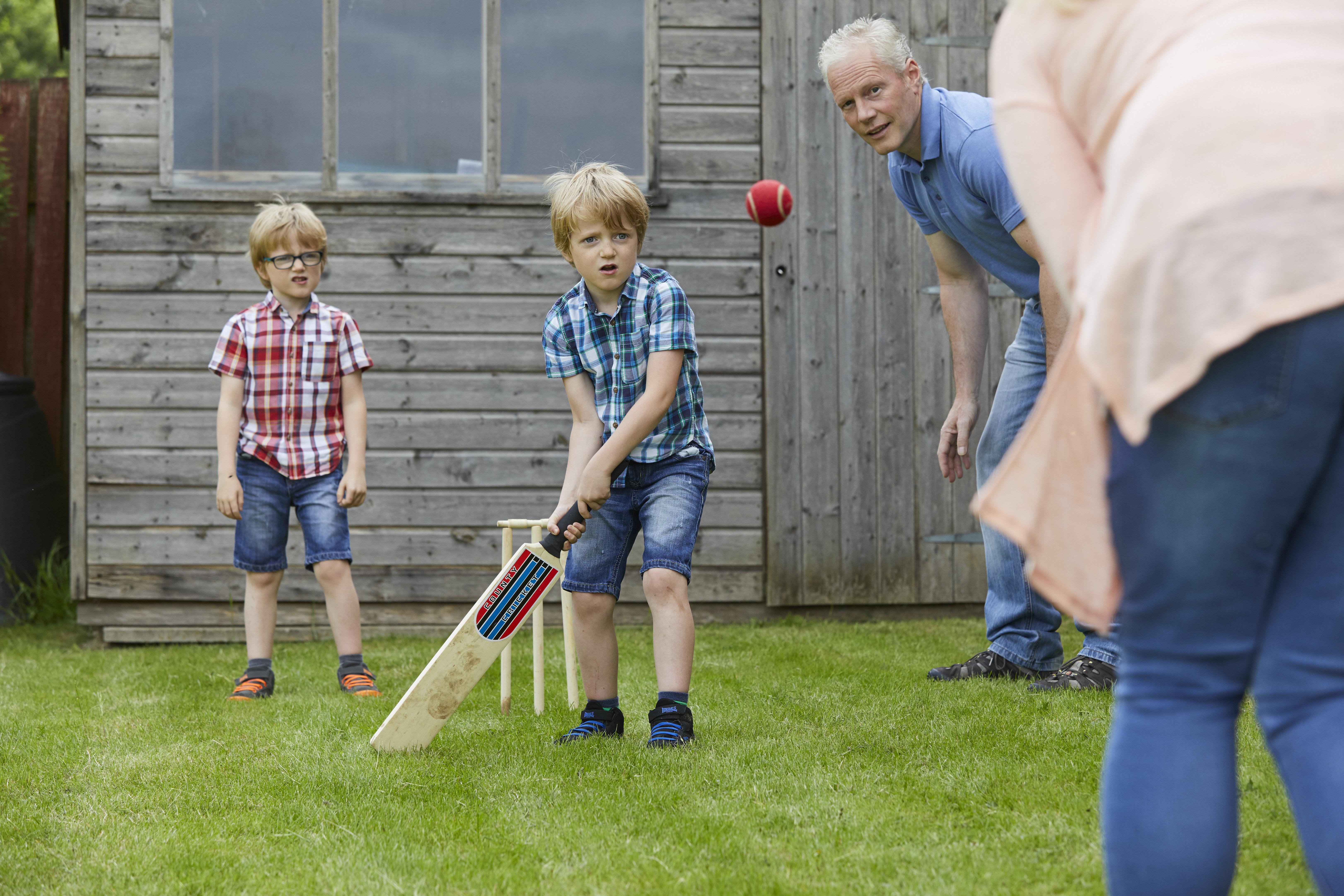 ‘I came from a big family and always wanted four kids when I was growing up,’ says Kate. ‘We went through the whole fertility journey for nearly three years but adoption was always the end point. Looking back now I wish the consultant had said stop trying and go and adopt, because what we have now with the boys is 100% a family.’

‘I was 50 and my age, strangely, was a concern for me at the time,’ says Alfie. ‘We should have stood at the primary school gates to realise that not all parents are in their 30s.’

‘I always wanted siblings and I thought having boys would be more fun, more outdoorsy and practical,’ says Kate. ‘Our social worker gave us a report and photos - the boys had challenges as you would expect - and I found it really hard to connect the photos I was seeing with the words I was reading on the page. My sister saw the photos and said: ‘I can just see two little boys running round in their Spiderman costumes,’ and that made them real. My neighbour said, ‘Well you could keep on asking questions or you could just get on with being a mum.’ And I thought: ‘Yeah, I’ll just get on with being a mum now.’ So they were the boys we chose.

‘We imagined these two little people filling our house with life and liveliness as opposed to what we had before which was just a quiet life with a cat. It created an emotional connection and attachment started.’

‘Our life before the boys was terribly lovely, but quite managed and not much fun,’ says Kate. ‘But now it’s like a kind of 4D Technicolour Surround Sound Jurassic Park and it’s completely full-on. It’s either really exciting or really frustrating but the one thing we know now is that our house is completely alive. It’s a rollercoaster but it is everything.

‘When we first met them we were really nervous. They knew that we were their mummy and daddy, they had been looking at photos and a video of us for months and they were shouting: ‘Mummy! Daddy!’ We weren’t prepared for that. It was brilliant though. After a four-and-a-half year journey we finally had the family we wanted and it was absolutely overwhelming. It’s everything you wanted coming together at once.’

‘It’s wasn’t instant love,’ says Alfie. ‘But there was an emotional connection because we knew what they’d been though. I thought, OK, let’s start doing this right. Every day you love them more and more.’

‘I wanted an instant family so adopting siblings was the best choice,’ says Kate. ‘The benefits for the boys are they have comrades in arms and they’ve got someone to trust while they’re building their trust with us. They would close ranks, in the early months. We almost had to build relationships with them individually and with us as a team: team family.’

‘That was one of the biggest obstacles, getting to that team, there was no trust,’ says Alfie. ‘The point of a parent was hard for them to understand and the point of two parents was really hard. They were a team against the world. One of the greatest turning points was when we gave them their own rooms. We could be team family, but also have individual snuggle-time and reading time with each of them. It means each boy has mum and dad time.’

‘Being together was the only thing they wanted and despite what they tell you they are really close!’ says Kate. ‘They can play beautifully together. You hear them plotting little adventures and new schemes, they’re just like really good friends as well as brothers.’

‘Except they don’t know it!’ says Alfie. ‘That’s the beauty of it. For the observer looking in you think: you two boys are really tight actually. You are a solid little unit.

‘When they first arrived Kate took eight months maternity/adoption leave and then I took four months so I had an opportunity to bond with them. That was an absolute necessity. Kate was miles ahead on attachment. Dads are allowed to take time off work for paternity leave when you adopt, you can share maternity leave, so my advice is to take it.

‘Those four months were brilliant, I thoroughly enjoyed it. Taking them to school, picking them up, art classes, football: it teaches you so much about yourself. It makes you reflect and think about yourself and your outlook on life, on what’s important. It took two months before Jordan would look me in the eye and hold my gaze: he just didn’t trust me. But the day he looked at me and held my gaze was the best day: I felt on top of the world.’

‘If you want a family of more than one child or you’ve grown up in a family with siblings and you know how amazing it can be when a house is full children, noise, challenge, frustration and lots of laughter and fun just go for it!’ says Kate. ‘Don’t do it in stages, one at a time, do it all at once. It’s full on but it’s incredibly rewarding.’